If you not change browser settings, you agree to it. Learn more

In 2016 the Bækbølling Gamle Mejeri Garden celebrates her 75st birthday!

30+31 May
Open gardenfestival Danish Garden Society
For the first time the Bækbølling Gamle Mejeri Garden is officially open for visitors. 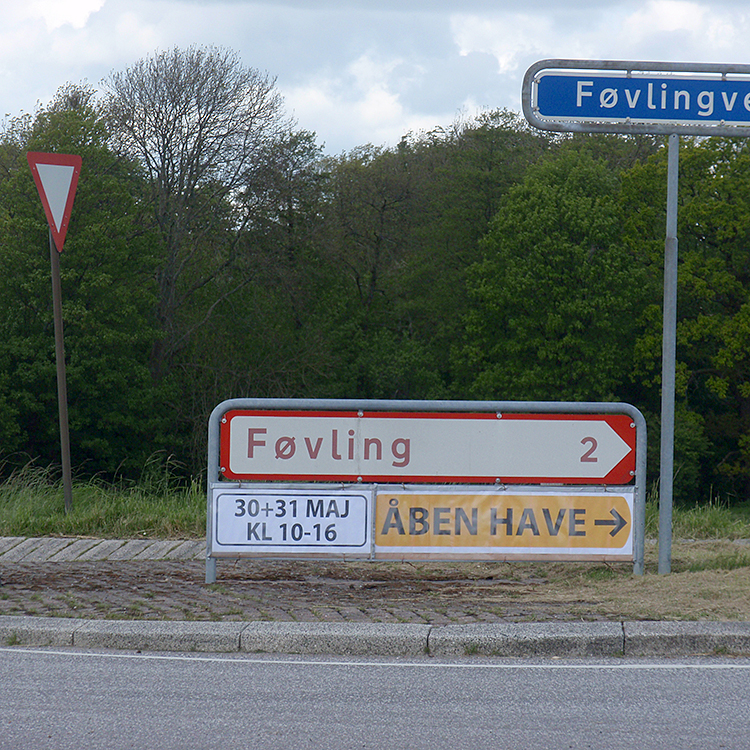 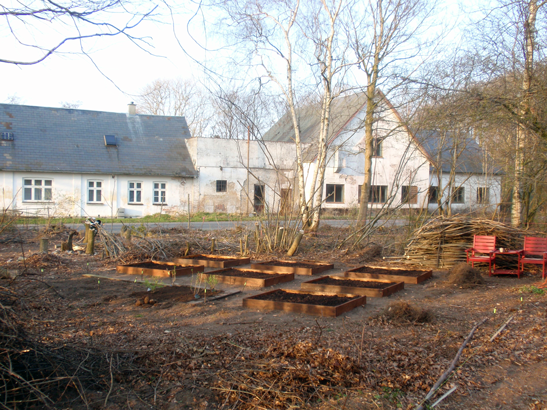 It was a sad day when we had to take down the chimney. Severe frost damage made this colossus a danger to passing traffic. With support of the municipality the chimney was removed from its spot, but not from our memory. 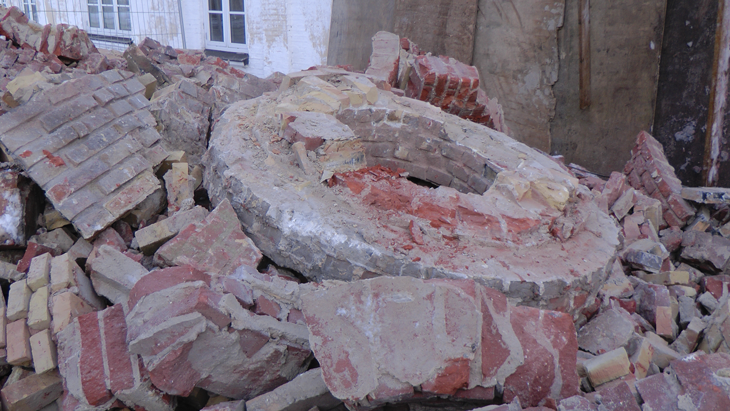 It lives on in our logo, and is present by its absence.

We buy the old dairy factory. The buildings and garden have been largely neglected since production was stopped in 1978, or maybe even earlier on. The buildings were used for other purposes on and off, but for the last couple of years stood empty.

Article in the local press when the dairy is 100 years old. 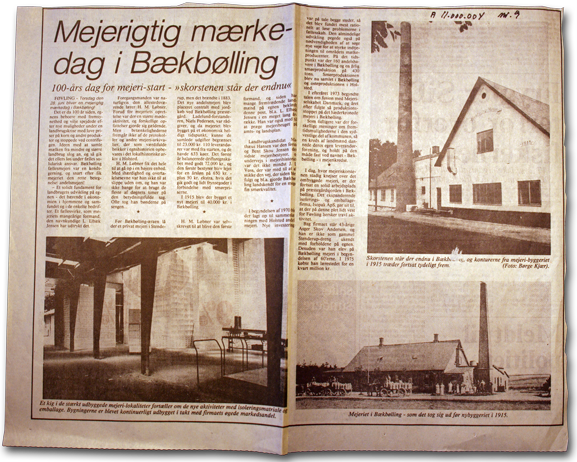 Production of butter and cream at the diary factory in Bækbølling is halted permanently.

To celebrate its 75th anniversary, a book about the dairy is published. 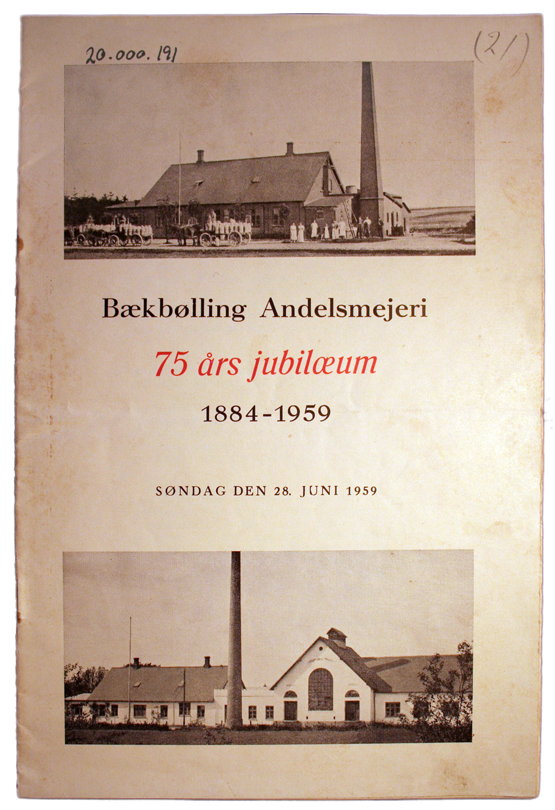 The garden seen from the air. 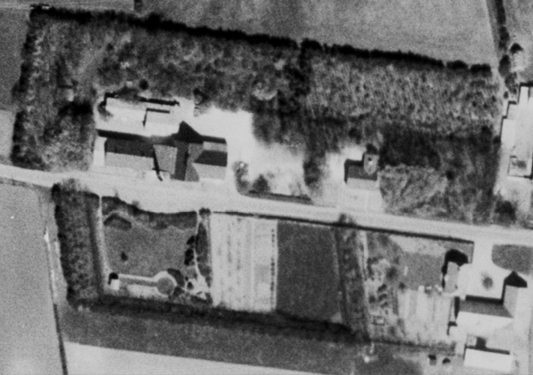 An English reconnaissance plane in search of German stragglers takes the first ever aerial photograph of the dairy. 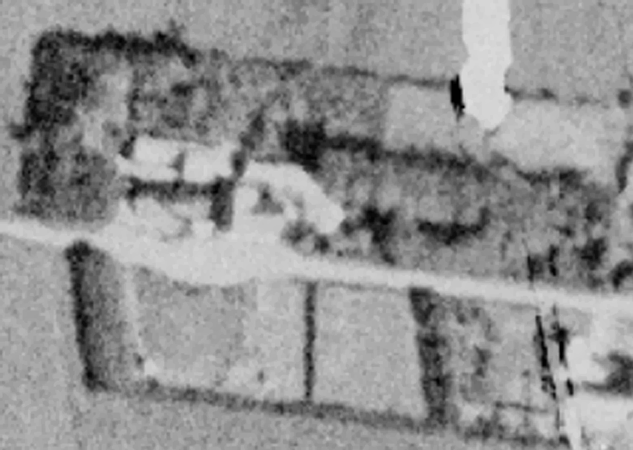 In 1941 a garden is established opposite the dairy. Parts of this original garden still exist today.
The inhabitants of Jutland vote for reunification with Denmark after Germany looses WWI.

The dairy is vastly expanded. Production is moved to the new building on the right. The old building is converted into an office and living quarters for the manager. Rooms for dairy employees are located beneath the roof of the original building. 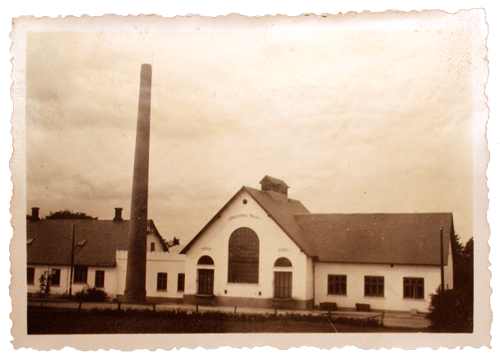 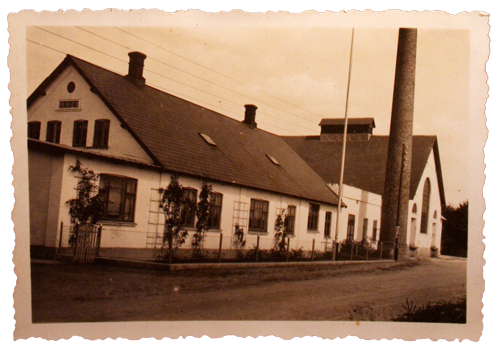 Because of improvements in both agricultural practices and dairy production an extention is needed. On the west side about 50 m2 is added, so that the manager now has separate living quarters.

Inauguration of Bækbølling's dairy cooperative. Butter and cream are produced.
The first cooperative dairy in Denmark is opened in Hjedding near Varde. 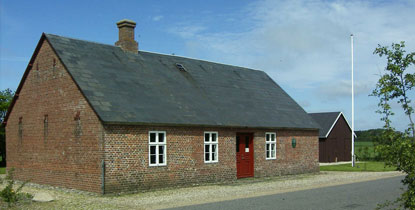 ends with a loss for Denmark. South Jutland and the duchies of Schleswig and Holstein now form part of Prussia (Germany). The new boundary runs along the river Kongeå, south of Bækbølling, and there is a border post in Villebøl. 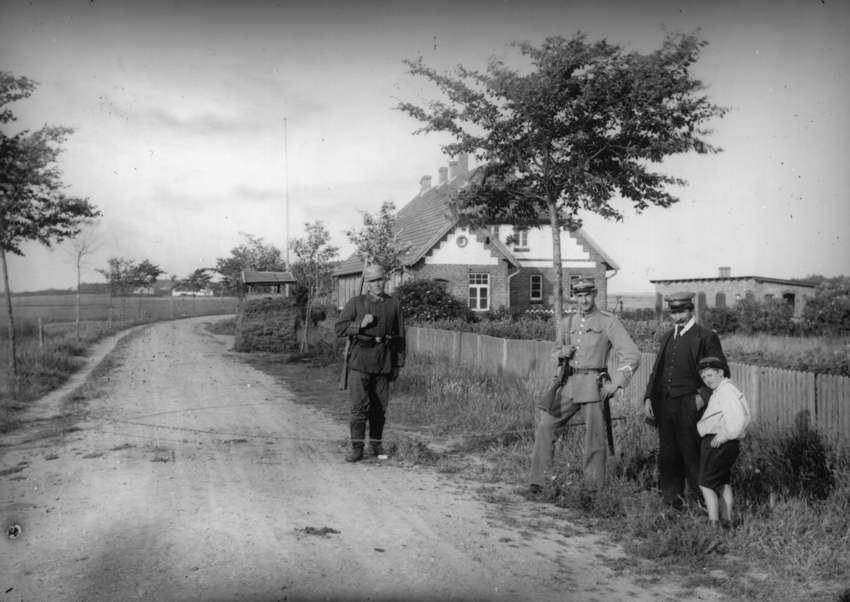